My Career in the Ag Industry

A Fond Farewell from Randy Wright

All of us that have worked in the Ag Industry for a lifetime know just how great this industry is and just how difficult it is to think about leaving it. Well, that is exactly what I have been toiling with since I made my announcement to retire back in December 2021.

It scared me to death to think about…you know, retirement. How can Marcus Construction go on without me I would ask myself? And the reality of it is, that there are a lot of very talented young people that have the same drive as I had when I first arrived on the scene – they want to let the horses run. Not only do they have the drive, but these are very smart young men and women. They have the technology background that they need to survive in this everchanging world of agriculture. Social media…if you don’t know what it is or how to use it – I suggest you think about retirement. New software programs designed to streamline operations, and better communications, if you can’t learn it or chose not to because you don’t understand it – retirement is certainly in your future.

I woke up one day and eureka! I realized that Marcus would move down the road just fine without me. The other thing that dawned on me was that the industry is moving at record speed with all the mergers and joint ventures, and new products coming down the pipe faster than I could keep up with. I look at my customer base and all the new young faces and realized that some of my old customers that I have been doing business with for years are on the verge of being a prospective customer because of all the changes. Keep in mind I have been thinking about all of this for some time, several months actually and suddenly, I am thinking to myself, ‘why should I be scared to death of retiring?’, I should be scared to death NOT to. The decision was made and back around Christmas of 2021 I made the announcement that as of May 1, 2022, I would retire.

The relationships were the hardest part to overcome. Many of these customers, vendors and colleagues have become my friends that I have worked my whole professional life to build. Now what? I concluded that they will still be my friends! Retirement is not a funeral for all my relationships – I just need to figure out a way to maintain contact.

When I look back on my professional career, all I can see are milestones. West-Con in Holloway, MN, the first Mega plant that Marcus ever built and probably the largest blending facility in the country – and since then we have built hundreds. This is a milestone. I think about the Lange Stegmann facility built in the shadow of the arch in St. Louis, MO, at the time probably one of the largest storage facilities on the Mississippi River. This is a milestone. The project that we built on the south side of Chicago in Hammond, IN, a state-of-the-art rail loading and transload facility for the largest Potash mining company in the world PotashCorp at the time, now Nutrien Ag Solutions, Inc. This is a milestone. This project brought us to the Chesapeake Bay in Virginia, and to the shipping channels in Houston, TX, where we built two of the largest AMS storage facilities in country – THESE PROJECTS WERE MILESTONES! Our first project that we built in Canada, Aberdeen, SK. This project was the springboard to our Canadian business, and this was a milestone! So many wonderful memories it’s hard to capture it all in a short writing.

So many people may read this and think it’s a bit depressing, I can tell you that you are correct! There’s no other way to describe it, a whole bunch of young smart asses just ran me over! (insert Randy’s contagious laugh here) The technology gurus just buried me with passwords that I can’t remember. Single passwords, named after your dog, that you used for every single program you needed a password for won’t work anymore. Software programs that store all their data on the cloud, I wonder which cloud it’s in sometimes… After feeling sorry for myself for a little while – maybe a month or two – I decided to get over it. After all, it is the rest of my life!

Where To Go From Here

What I do know for sure, is that those of us that have been lucky enough to work in the Ag Industry all our life, are Lucky Enough. 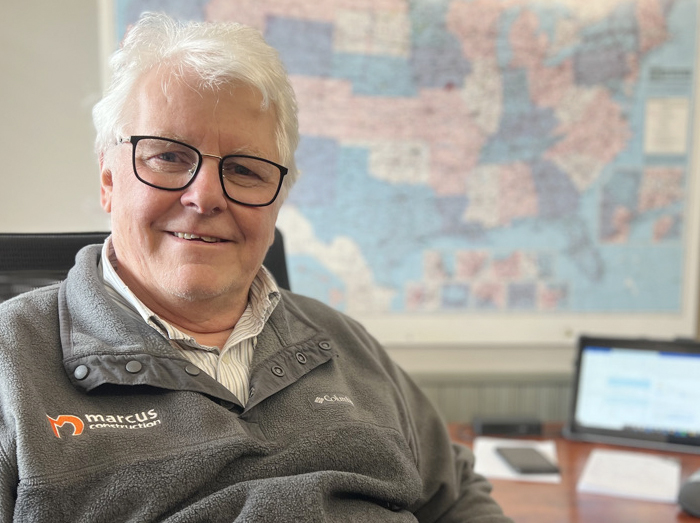 Randy Wright started with Marcus Construction in March of 2005 as Business Development in the Agricultural Division and has been instrumental in Marcus’ growth over the past 17 years. Randy’s territory was primarily the Midwest and Canada, but he traveled the United States and Canada for customers and trade shows. Randy will be missed at Marcus for his immense knowledge of our storage buildings and the ag industry, along with his honest communications that always included a good dose of humor. The Marcus Construction team wishes Randy the best as he picks up new hobbies and enjoys time at the lake.

With Randy’s retirement, the Marcus Construction team welcomed Jeff Speckman to fill the Business Development position and take over Randy’s territory. Jeff was a natural fit for the position and brings a wealth of knowledge to the Marcus team as he grew up on a farm in Lake Geneva, Wisconsin, earned his Bachelor of Science degree in Agriculture at the University of Wisconsin-River Falls, and having a 30-year career in the industry to date. This includes sixteen years at Cenex/Land O’Lakes and its affiliates mainly in the equipment business. Eight years with Raven Industries calling on manufacturers like Case IH, AGCO, Miller and Hagie along with many large retailers in the Midwest, and the past 6 years with Kahler Automation. Jeff currently resides in River Falls, WI with his wife and two boys. You can contact Jeff at j.speckman@marcusconstruction.com. 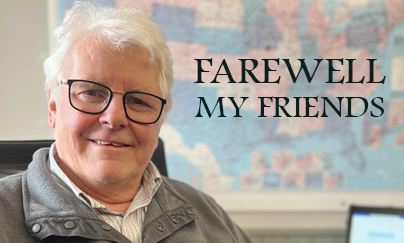